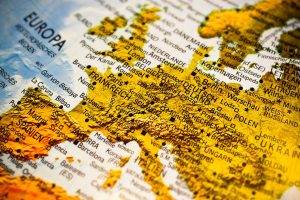 Understanding the crucial role that regions play in the transition towards a bio-based economy and in achieving the EU’s bio-economic objectives, the POWER4BIO project has focused on supporting regional stakeholders to their bioeconomy development in a structural manner. Specifically, in the course of Task 5.3, “Developing regional bioeconomy strategies and roadmaps in CEE regions”, assistance is being provided to five partner regions in Central and Eastern Europe to develop new regional bioeconomy strategies: the regions of Lviv (Ukraine), Mazovia (Poland), Southern Great Plain (Hungary), South Bohemia (Czech Republic) and Nitra (Slovakia). This report presents the support provided to the regions, Guideline with suggested methodologies and examples and further recommended tools, their bioeconomy strategy development process from January to October 2020 and their results: bioeconomy vision, strategic areas and strategies.

Some regions developed – or are in the process of developing – a stand-alone bioeconomy strategy with a bottom up initiative, where impulse is coming from industry and academia actors and match with regional administration support (mix approach), as in the case of Mazovia and Nitra regions. The region of Lviv presents the successful use of Smart Specialisation strategy to support regional bioeconomy advance. The region of Southern Great Plain has developed priority areas of a strategy and communicated to the regional administration as a recommendation, even though strategies in Hungary are only defined at national and counties level. Finally, South Bohemia has developed priorities on bioeconomy to existing strategic documents, such as the National Agriculture Strategy and Regional Innovation strategy, whilst is in progress to connect their bottom-up initiative with the regional administration for the development of a recognized and validated stand-alone bioeconomy strategy.

The different conditions, processes and solutions of the CEE regions towards developing bioeconomy strategies by following the support provided in the project might serve as good example to other regions as well outside of the project.

Further steps within Task 5.3 include the definition of an implementation plan (roadmap), to define strategic actions within each priority area, assign specific mechanism and appoint responsible for implementation, which will be reported in Deliverable 5.4 by the end of March 2021. You can download the public deliverable on the project material site of the POWER4BIO website or on the link below.